The Vinales Valley is a valley in the province of Pinar del Río, in the western sector of Cuba. It is located in the Sierra de los Órganos, in the westernmost part of the Guaniguanico Mountain Range. The area includes the valley and a large part of the mountain range that surrounds it. in 1999 it was designated a national park of Cuba and in December of that same year it was declared a Natural World Heritage Site by UNESCO. The valley is located in the municipality of Viñales, in the province of Pinar del Río, specifically in the center of the municipality, located 178 km from Havana and 25 km from Pinar del Río. 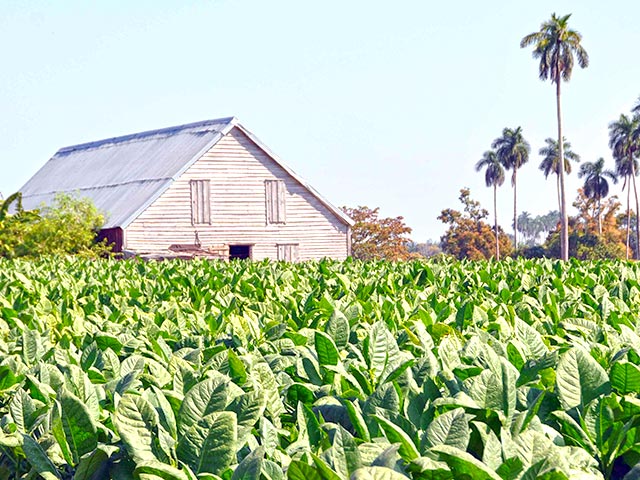 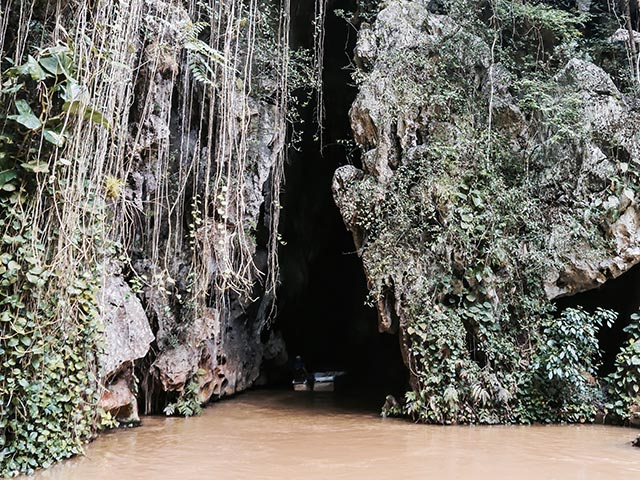 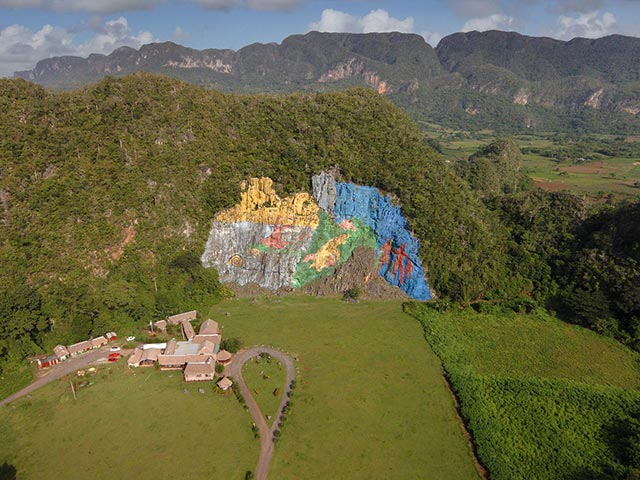 In the national park, the Cueva del Indio with its underground river, the Mural of Prehistory, the Rancho San Vicente and the fabulous Mirador de Los Jazmines stand out. There are mountainous formations, unique on the island, called mogotes. Mogotes are geomorphological formations that can be very high. Mogotes are similar to others in China and the Malay Peninsula.

In the valley there are other elevations, such as slate heights, which are constituted by a variety of rocks of the oldest existing throughout the country and the Caribbean area.

In the Dos Hermanas valley there is the Mural of Prehistory, which is painted on one of the stone elevations. This mural shows the evolution of natural life. The Prehistory Mural was painted on a natural stone wall, in the mogote called Pita. The rock was washed and drains were made to protect against erosion caused by rain. The monumental type mural measures 120 m high x 160 m long and its author was Leovigildo González Morillo, who was Director of Cartography of the Cuban Academy of Sciences. In the mural you can see, in twelve pieces, the evolutionary process of man and animals in the Sierra de los Órganos, in its different stages. Thus, the mural represents the Guanahatabeya Indians, also species of mammals, gigantic animals, and some mollusks.

What are the best things to see in Viñales?

Viñales is a humble municipality with a population generally settled in ground floor houses, rich in colors and colonial influence, built mostly by the owners, which will transport you to one of the most authentic rural settings in Cuba. Here you can visit some museums, such as the Paleontological Museum or the Municipal Museum; find tropical varieties of endemic and foreign flowers and trees in the Viñales Botanical Garden where, with luck, you will be able to see a curious visitor such as hummingbirds, parrots or other birds of the region; or contemplate a 19th century temple with great social roots, such as Iglesia del Sagrado Corazón. In Viñales, in addition to its landscape, it is also important for its tobacco productions and its handicrafts, so you cannot miss: a visit to one of its many tobacco plantations such as the Casa del Veguero, where you can see the production process of tobacco and how the famous Cuban cigars are rolled.

What are the best excursions from Viñales, Cuba?

The most famous excursion is to the Viñales National Park. You can do it in different ways: on horseback, in a private transfer, doing a hiking route or by bicycle. If you choose this option you will be able to learn more about the fauna and flora of the place, as well as being able to contemplate the numerous tobacco plantations. Another of the outstanding excursions is to the nearby Cayo Jutías, a paradise of turquoise waters and fine white sand. It owes its name to a friendly rodent typical of the Caribbean. It is an ideal place if you like to snorkel or kayak. To get to Cayo Levisa you will have to take a short ferry ride. It is the ideal place if you want to rest, enjoying the tranquility offered by its incredible virgin sand beaches. Not only that, but you will be surrounded by a wonderful tropical nature, butterflies, palm trees, jutías or tocororos will be your only companions on a unique day.

Where to stay in Viñales?

If you want to live a unique experience, you can stay in a private house, this will allow you to get closer to local life and see how the Cubans in this municipality really live. You can relax on the charming porches and taste the homemade food that the owners sometimes offer. Although there are also some hotels in the area such as Los Jazmines, La Ermita and Hotel Central. 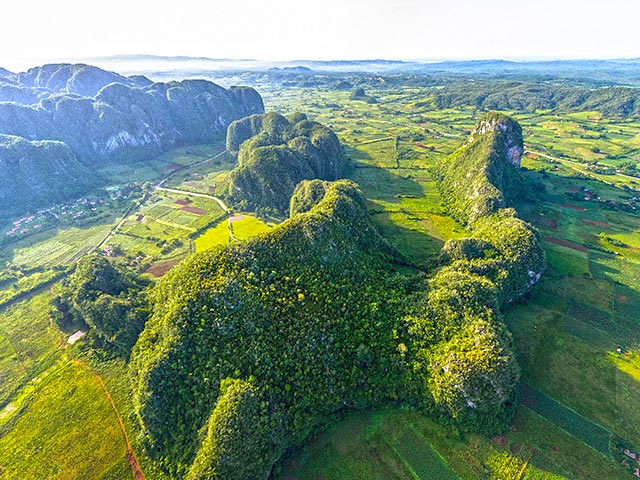 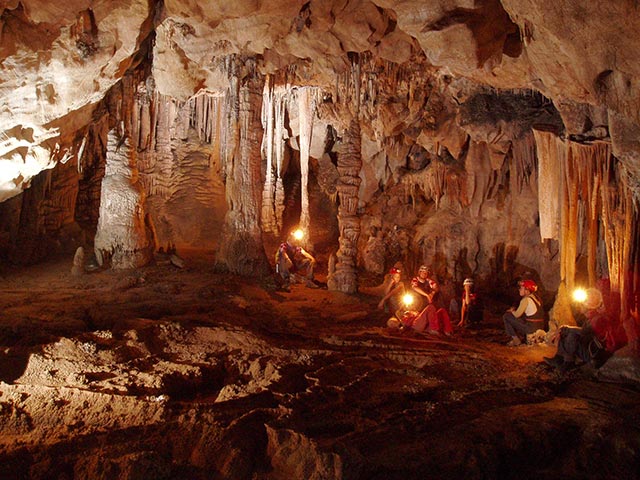