Trinidad is a city in central Cuba, known for its old colonial city and cobblestone streets. The neo-baroque main square, Plaza Mayor, is surrounded by large colonial buildings.
The Romantic Museum, in the restored mansion of the Brunet Palace, and the Museum of Colonial Architecture display relics from the sugar production era in the city. The Iglesia de la Santísima is a 19th century cathedral with a vaulted ceiling and carved altars 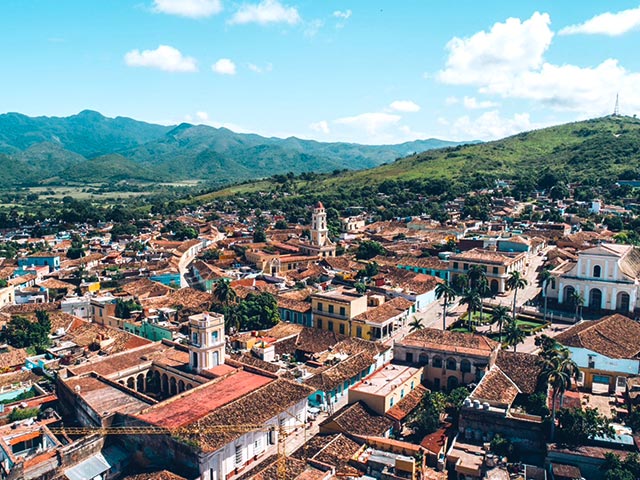 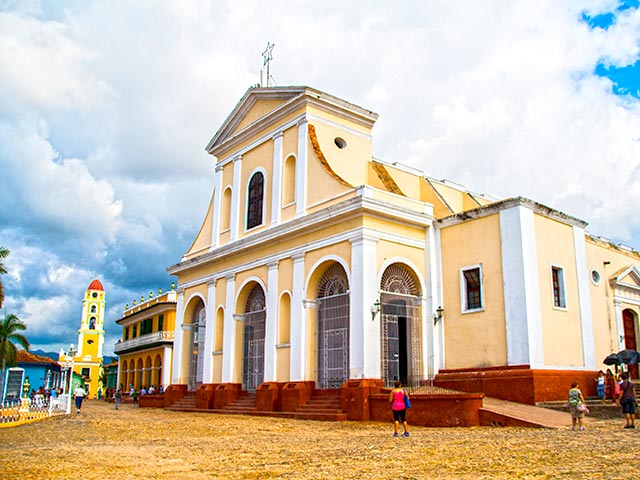 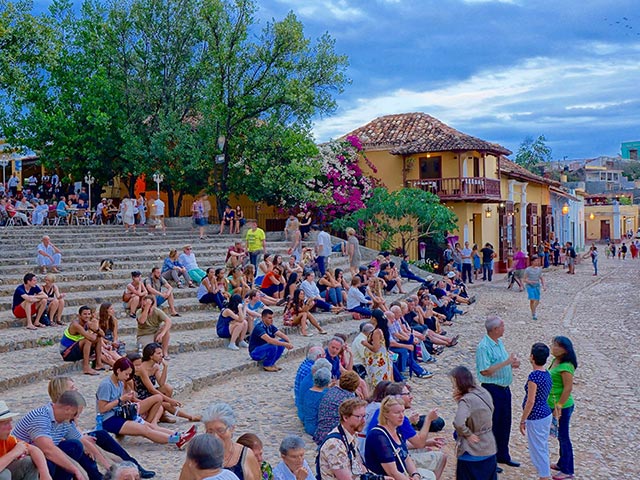 It is currently considered a city-museum with a great colonial architectural heritage from the 18th and 19th centuries, among which narrow cobbled streets, beautiful restored buildings, majestic churches and fantastic courtyards stand out, which give it that typically colonial atmosphere.

Walking through its streets you will feel the authentic Cuban spirit. You will go back in time, when the streets were not crowded with cars and life was much quieter. Let the spell of this town made city run through your body.

Trinidad’s Plaza Mayor was the starting point for restoration in the 1980s, just before the city was declared a World Heritage Site by UNESCO, which significantly boosted its tourism. Today, in this square you can see the statue of Terpsichore, muse of dance and music.

If you are looking to be in contact with nature, the nearby Topes de Collantes Natural Park will surprise you with its beautiful waterfalls, such as the spectacular Salto del Caburni. To get there, you will have to follow one of the most beautiful routes in the park: the Vegas Grandes Trail.

A bit further, but also close, there is the beautiful city of Cienfuegos, known as the Pearl of the South of Cuba, from where you can go to the exotic waterfalls of El Nicho, in the Sierra de Escambray.

How do you get to Trinidad?

Trinidad enjoys a perfect location to make a stop between the trip from Havana to Cayo Santa María, passing through cities as historic as Cienfuegos or Santa Clara, without underestimating the beautiful town of Remedios. The best way to get to Trinidad from Havana by road is through the South Circuit, passing through the city of Cienfuegos. The most common way to get there, since the city does not have its own airport, is to fly to Havana.

When is the best date to go?

Trinidad is a city that is worth visiting whatever the time of year, but if you can afford to go during the second week of January you can enjoy the Trinitarian Cultural Week, which also coincides with the anniversary of the city. Another important event is the Sanjuaneras Festival, which takes place in June and is celebrated with a beautiful carnival.

What are the best excursions to do in Trinidad?

During your stay in the city you can take numerous excursions that will make your experience even better. Some of the best known are: Jeep Safari Nengoa, a jeep excursion where you can discover the Topes de Collantes Natural Park; Nature Tour Trinidad, where you will not only discover nature in Alturas de Banao but also learn about colonial history in the Valle de los Ingenios; If you want to know in depth the importance of the sugar industry on the island, the Sugar Tour is ideal for you; If what you are looking for is to enjoy the beach and the sea, the catamaran excursion in Cayo Blanco adjusts to your needs, you can navigate through the crystal clear waters of the Caribbean Sea and dive in its incomparable seabed.

Where to stay in Trinidad? 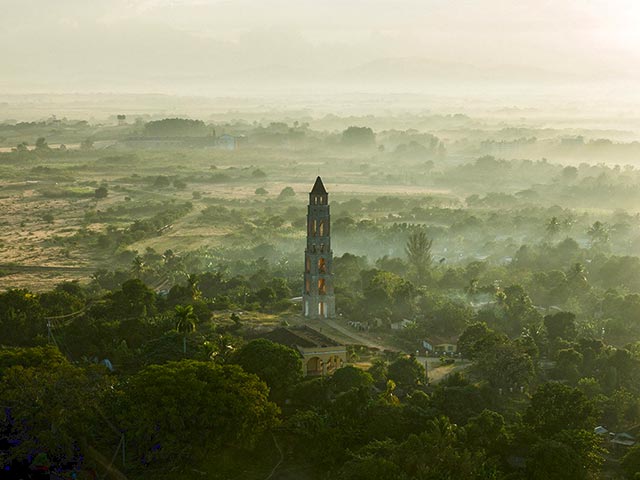 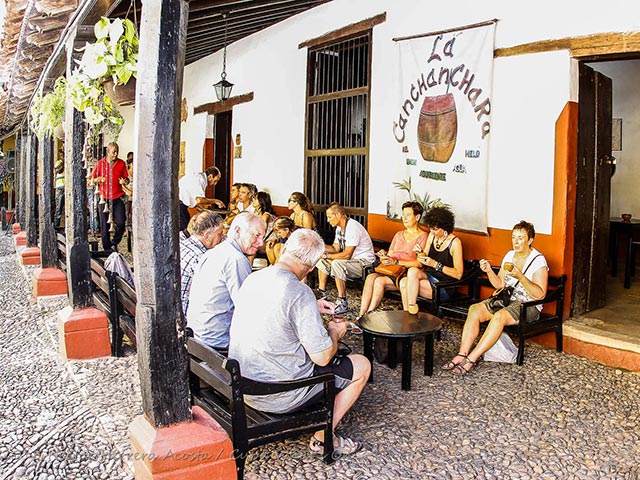