Cuba for Groups > All about Cuba

Cuba, “the most beautiful land that human eyes have seen”, as Cristóbal Colon put it in 1492, is an island brimming with art, music and colonial charm. With 9 sites declared by UNESCO World Heritage Sites and a welcoming town, a tropical climate and magical places, this Caribbean Island becomes the best choice for your trip. 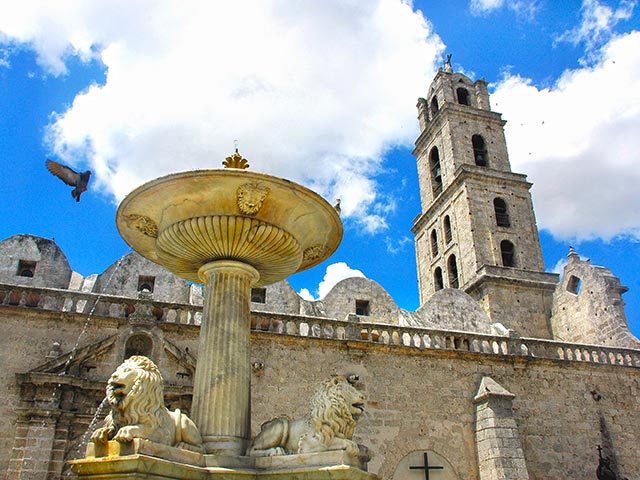 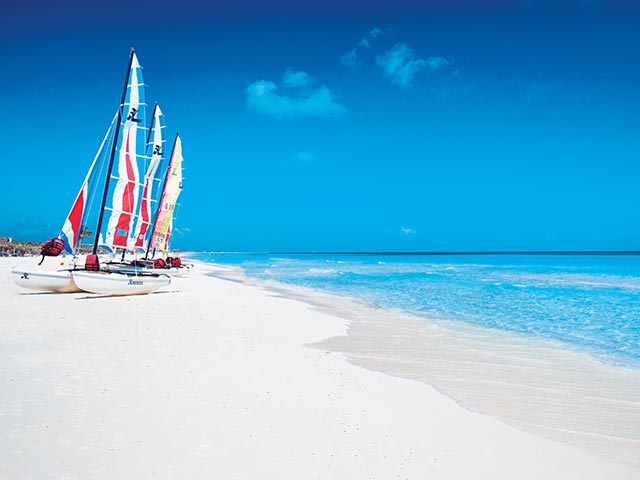 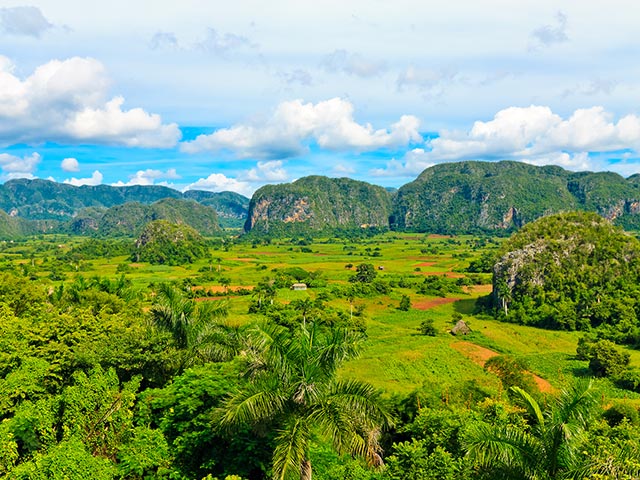 Located between North America and South America, at the entrance to the Gulf of Mexico, in the Caribbean Sea, Cuba covers an area of ​​110,922km2.

The climate is moderate subtropical, divided into two seasons: wet (May to October) and dry (November to April). The annual average temperature of 25 degrees Celsius, which rises to 27 degrees in summer and 21 degrees in winter.

The population of Cuba today amounts to just over 11 million 160 thousand inhabitants.

The official language is Spanish, although it is very common to find people who speak different languages ​​such as English, French, Italian, Russian, Portuguese or German.

The island is divided into 15 provinces and a special municipality, Isla de la Juventud. The rural area of ​​Pinar del Río stands out among them, where tobacco growing promotes the economy; Santiago de Cuba, the second largest city, which together with Havana, the capital, compete in Art, Culture and Afro-Cuban influence; and the small Trinidad, the “museum” city of Cuba, a world heritage site.

The official currency is the Cuban Peso (CUP). Payment is accepted through Visa and Mastercards credit cards, as long as they have not been issued by US banks or their affiliates. The main international currencies can be exchanged into Cuban pesos at the Exchange Houses (CADECA) and at hotels, airports and banks.

How to get to Cuba.

The main access route is by air. Cuba is connected directly and through regular flights and charters with around 40 cities in the world. There are 17 airports operating in the country, 11 of them international, through which more than 50 airlines from 28 nations operate. The entry by sea with private boats can be made through the international marinas.

In Cuba, the usual thing is that the facilities are equipped with electrical current of 110v-60Hzm with type A plugs (as in the US and Canada) but in most hotels the 220v current is used with type C plugs (as in Europe).

How to dress during the trip?

It is recommended to wear casual, light and fresh clothing, due to the heat and high humidity levels most of the year. We also recommend the use of hats and sunscreen. It is essential to wear bathing clothes. At night, long pants are required for men in some Cabarets and Nightclubs.

Cuba is in EDT, that is, 6 hours before Spain, France or Germany.

Can you drink the tap water?

Although tap water is drinkable, we recommend drinking only bottled water, and always having a bottle of water with you during the day. It is important to stay hydrated due to the weather.

Use of telephone and wifi.

Most hotels and tourist facilities have WiFi. In some it is a free service, but in most it is a service that is still purchased. In the hotel lobby you can buy cards to connect to Wi-Fi. Telephone calls from hotel rooms have an extra charge.

How to move around in Cuba?

The road network extends for about 50 thousand km and includes highways and provincial roads. Many companies offer taxi and car rental services.

What happens if I get sick during the trip?

Most hotels have medical services that require primary care. There are international clinics and pharmacies in the main tourist destinations. You must travel to Cuba covered by an insurance policy, which can also be purchased upon arrival, at the point of entry into the country. In both cases, it will have the services of the Cuban company Asistur throughout the national territory.